The health benefits of green tea

Posted by Joel Freilich on 6/21/2012 to Health
A new study released by the US National Library of Medicine (NLM) finds that drinking green tea can help lower blood pressure. "We investigated whether the flavonoid epigallocatechin gallate (EGCG) modulates brain activity and self-reported mood in a double-blind, placebo controlled crossover study", states the finding on the website, "This pattern of results suggests that participants in the EGCG condition may have been in a more relaxed and attentive state after consuming EGCG".
This report follows many years of speculation that green tea has relaxing properties linked to lower blood pressure. A 2010 report in The New York Times seemingly debunks this theory stating that "Green tea doesn’t seem to have much effect on blood pressure; hibiscus tea may have potential".
Aside from its effect on blood pressure green tea has been shown to have a positive effect on many diseases, including cancer, irritable bowel syndrome, liver disease and even dental cavities. A University of Mar 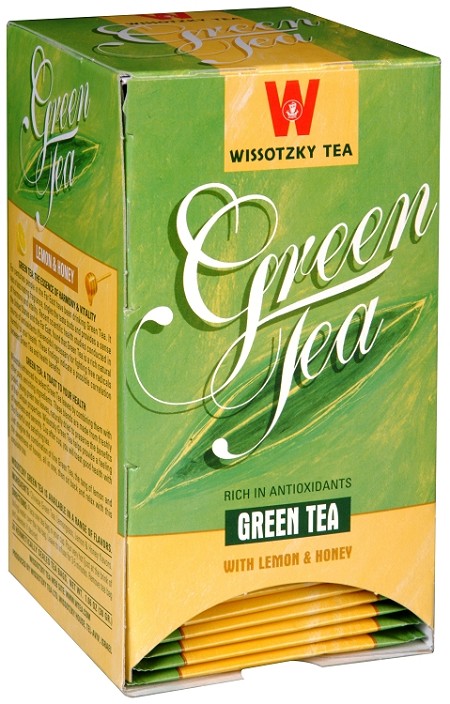 yland Medical Center study finds that green tea has many powerful health benefits.
In traditional Chinese medicine, green tea is drunk on the hottest of summer days for its effect on "cooling down" the body.
A word of caution:  drinking too much of caffeine-filled green tea can have adverse effects on the body. Caffeine should always be ingested in moderation.
To summarize: Studies find many health benefits in green tea. It is also a fat and calorie free beverage, and is always a good alternative to juice or soda pop. So, sit down, relax and enjoy the perfect cup of Wissotzky Green tea, Wissotzky green tea with honey and all other great Wissotzky green tea flavors. Your body will thank you.
Share |
Previous Post

One of my favorite teas! Can;t get enough of Wissotzky green tea!

format of an essay for beginners http://brainfish.us

Organic Matcha Green Tea Powder - 100% Pure Matcha (No Sugar Added - Unsweetened Pure Green Tea - No Coloring Added Like Others) Get 50% OFF Coupon Code -> https://bestdeal2222.clickfunnels.com/step-117749953 - INCREASE MEMORY AND CONCENTRATION - The L-Theanine provided in a serving of Matcha Green Tea provides good, clean energy that can last up to 6 hours. - MOOD ENHANCER - Matcha also contains L-theanine, an amino acid known as a natural mood enhancer. - ENERGY BOOSTER - There is caffeine in Matcha, however, releases into the bloodstream slowly; resulting in a much gentler influence on the stomach. - DIGESTION ENHANCER - The gentle caffeine boost is also calming on the rest of the body - many find it gradually aiding with digestion, healing, and cleansing. - LOWERS CHOLESTEROL - people who drink Match Green Tea on a regular basis show lower levels of LDL (bad) cholesterol while at the same time displaying higher levels of HDL (good) cholesterol. Matcha green tea powder contains 60% EGCg (epigallocatechin gallate) which helps promote these benefits. - FAT BLOCKER - Matcha green tea contains the polyphenol EGCG, a thermogenic component believed to boost metabolism and may aid the body in burning fat faster. - INCREDIBLE TASTE - It smells fresh and inviting like freshly blended vegetables. While it has a sweet, natural taste, there are also hundreds of recipes that it can be blended into to help add amazing health benefits to every meal! Get 50% OFF Coupon Code -> https://bestdeal2222.clickfunnels.com/step-117749953

Medicament information for patients. Generic Name. effexor no prescription https://effexor4u.top in the USA Some news about drug. Read here.

WTEASHOP.com is owned and operated by HBA Zone Inc. and is an authorized reseller of Wissotszky Tea products, but is not affiliated with, nor has any legal connection to or with Wissotzky Tea Company.